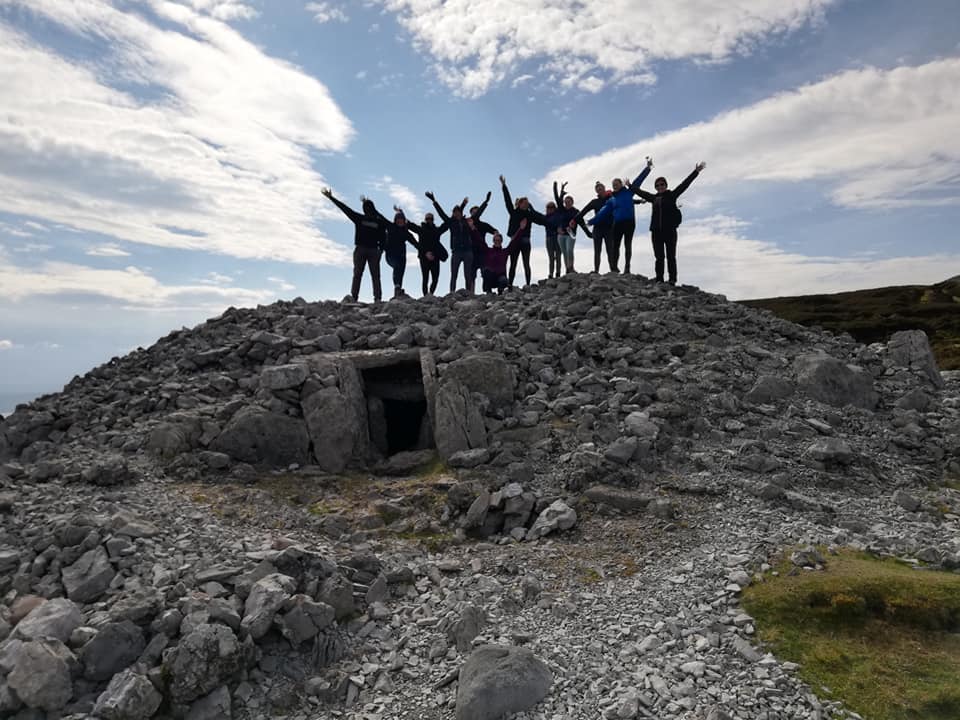 To live in an equitable, just and sustainable world. 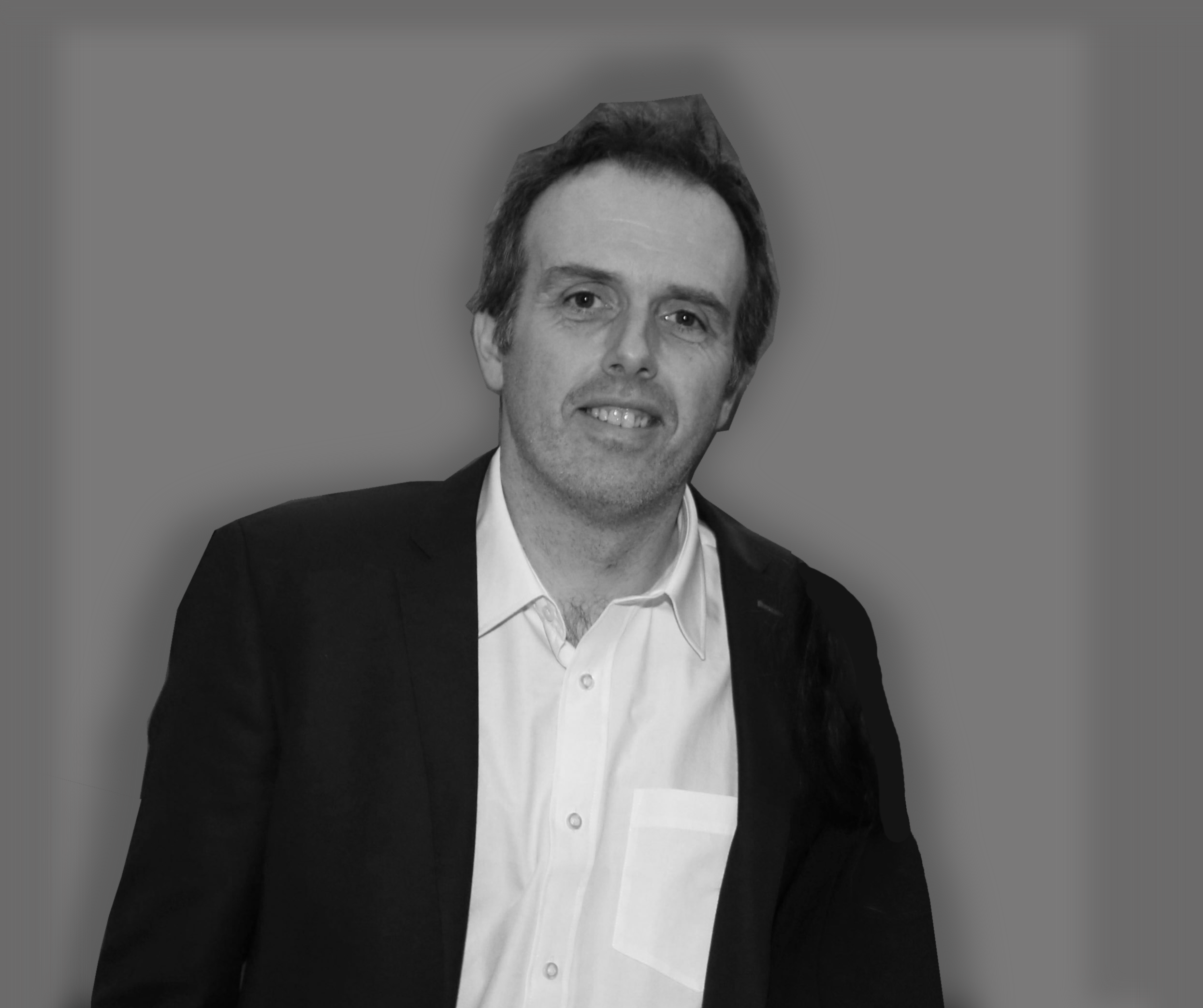 Bobby Mc Cormack is the co-founder and Director of Development Perspectives and also works as a Senior Lecturer in Dundalk Institute of Technology. In 2017, Bobby was the recipient of the Dóchas, “Global Citizen of the Year“. Bobby has produced 5 documentaries, is an avid Man United fan and loves Dogs. The newest addition to his family is Macha, a 'Good' Dane who might be 'Great' one day. 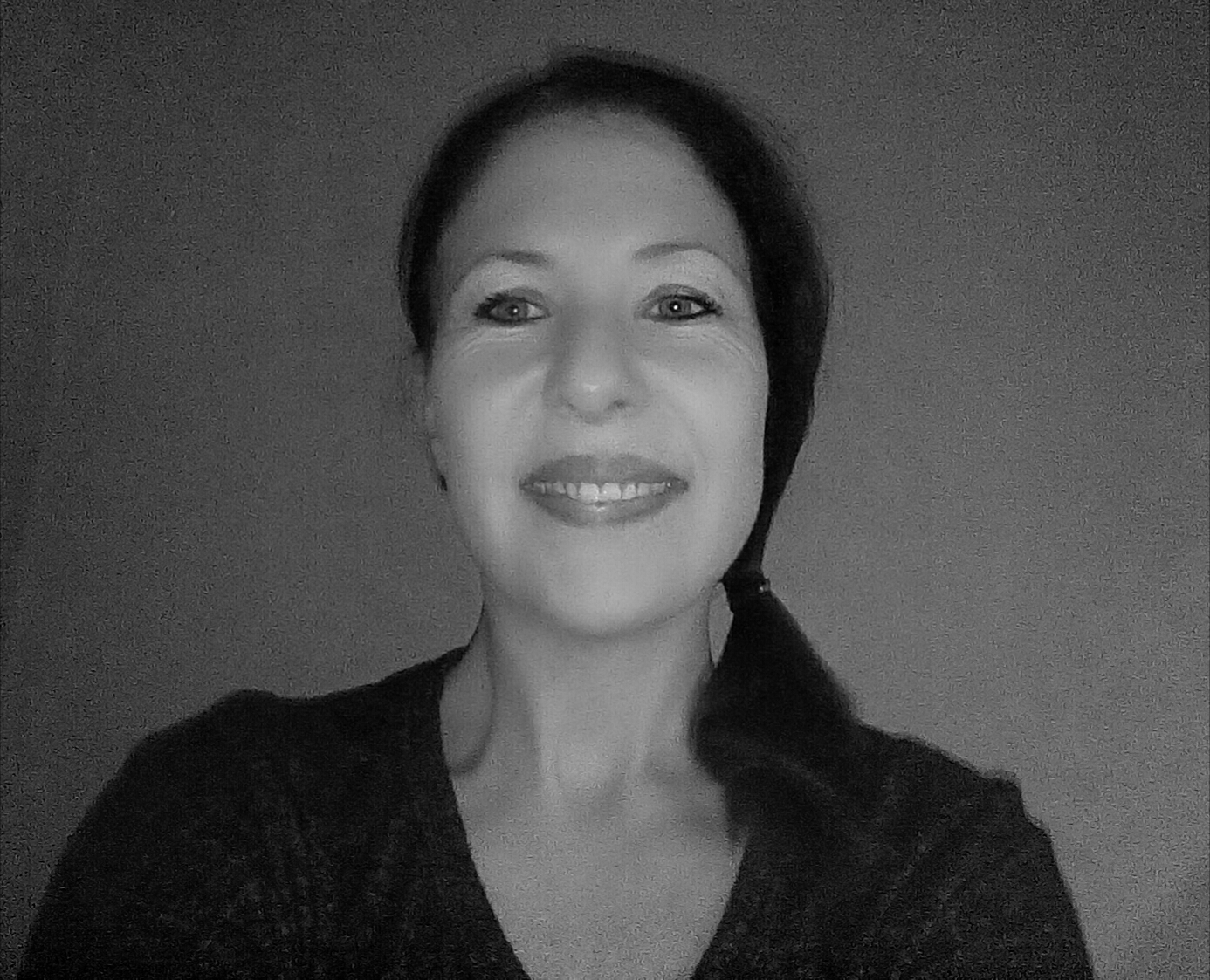 Margaret Downey is one of the co-founders of Development Perspectives, Margaret has been involved in the organisation since 2006. Her academic background is in Development Studies and Health. Margaret is one of the project coordinators of the SDG Advocate programme. Margaret is also a yoga teacher and massage therapist with a keen interest in hiking, playing chess and sitting in saunas. 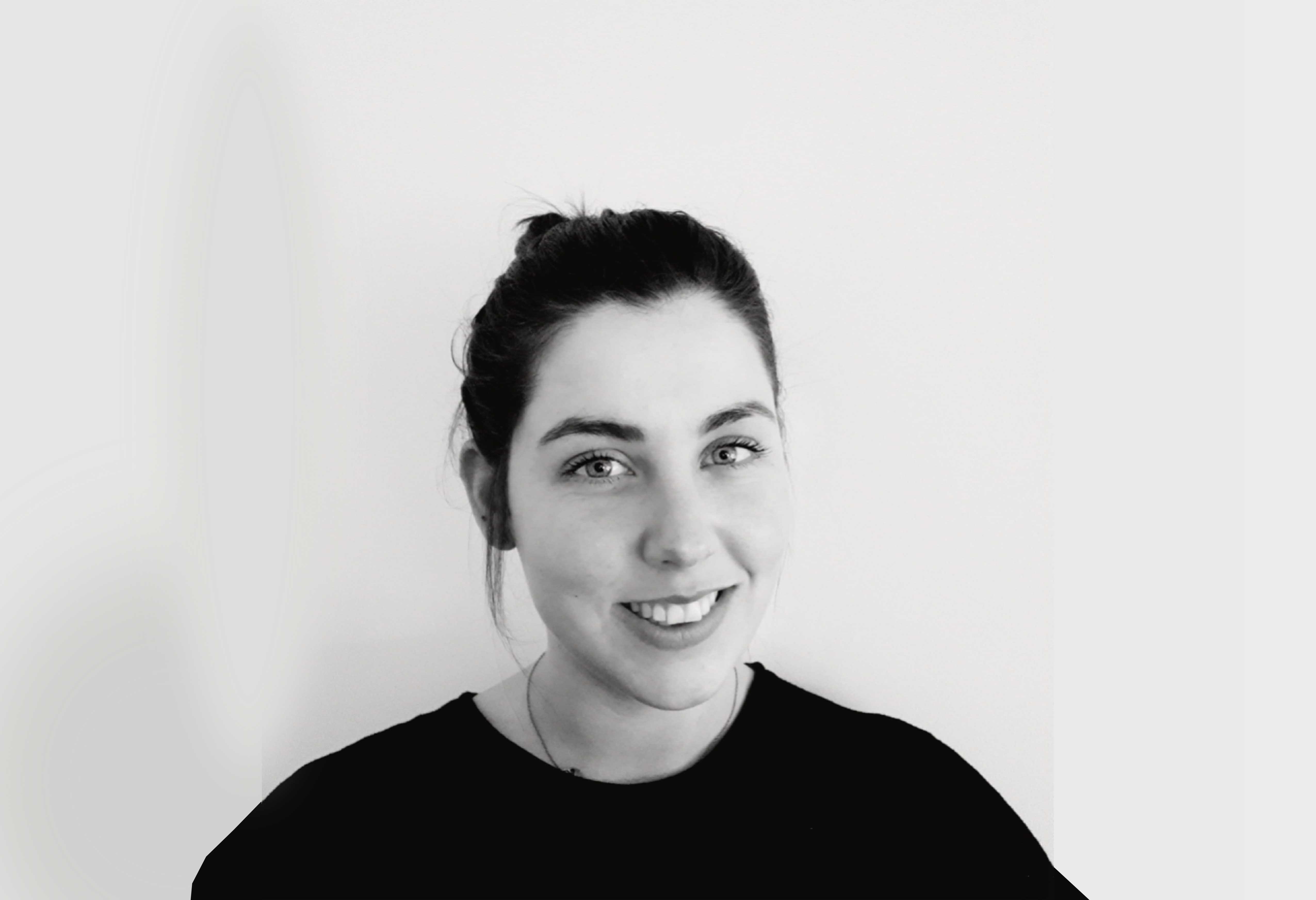 Stephanie Kirwan has been involved with Development Perspectives since 2011. Stephanie is a project officer for Saolta and is involved in the delivery of development education training across Ireland. Stephanie holds an MA in International Development and a BA in Health Promotion. She is passionate about the role development education plays in achieving the Sustainable Development Goals.
Stephanie is a registered Health Promotion Officer through the APHI.
In her spare time, she enjoys travelling, matcha lattes and volunteering in the Drogheda Animal Rescue. 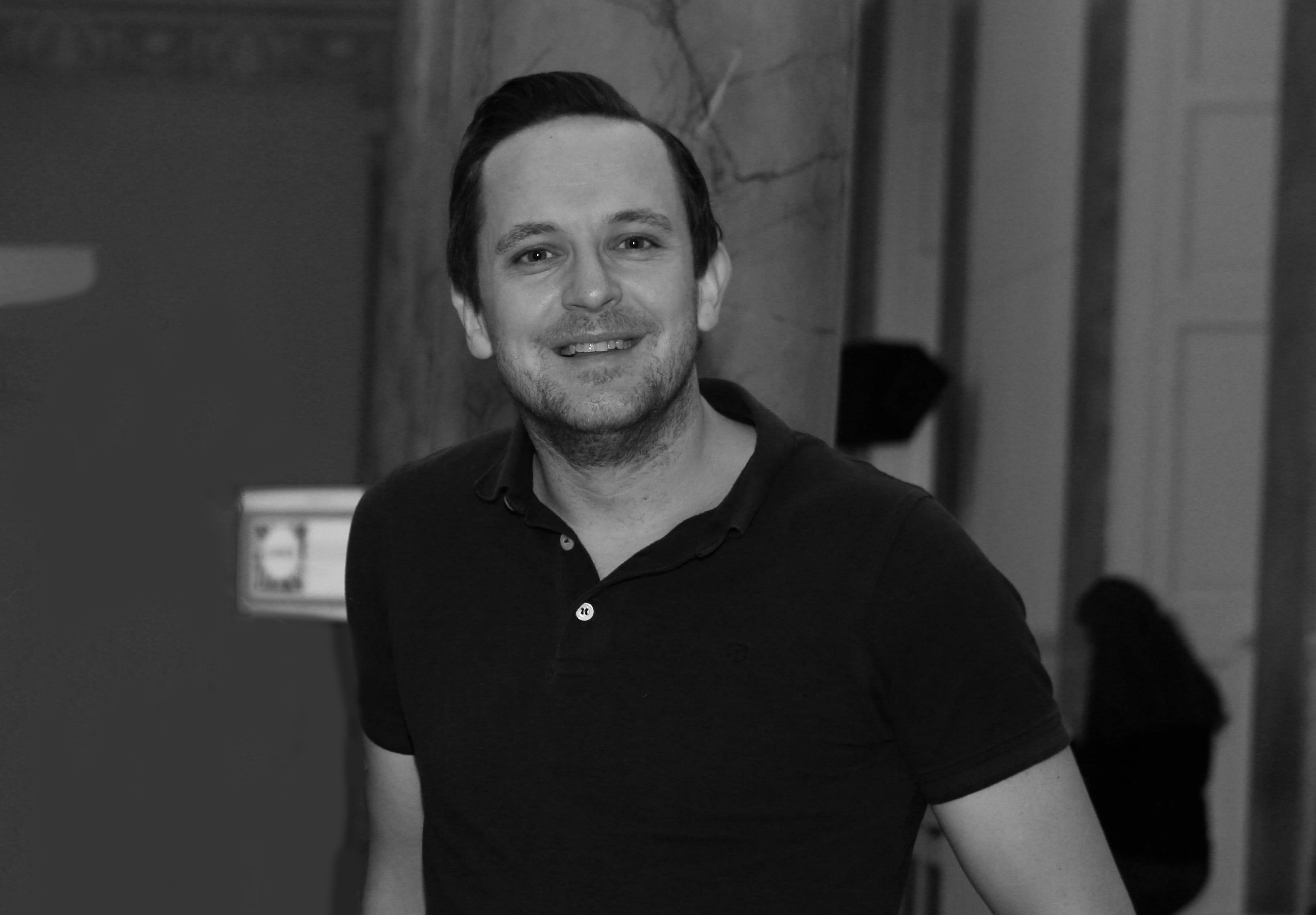 Paul Crewe has been involved as a programme coordinator with Development Perspectives since 2013. Paul holds BA (Honours) in Community Sports Leadership. Paul is a project coordinator of STIRE (Supporting the integration of the resettled), a project which aims to improve integration of refugees into host communities in Ireland. Paul also coordinates Erasmus+ projects which explore development education with youth workers. He has a passion for sport (every sport), travel and retro gaming. 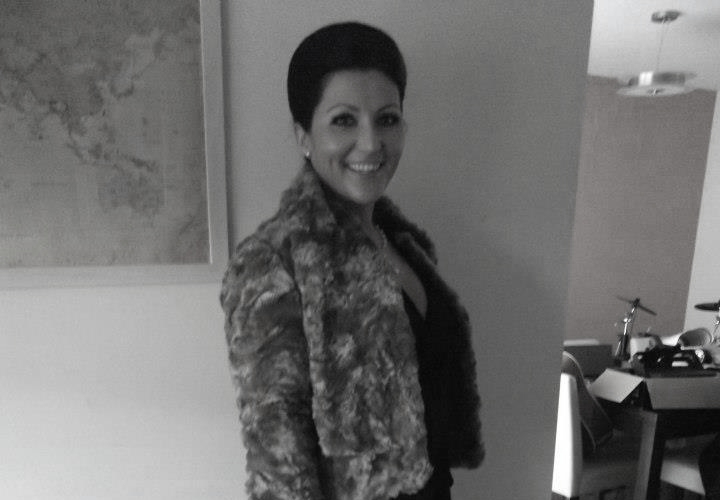 Annamaria Balazs has joined the team in 2019 as a Financial Officer. She is a qualified accountant from Hungary and currently converting her qualification into Irish ACCA. Annamaria is looking after the company financial operations, finance reports, budgets and accounting records. Annamaria also holds a BA (Hons) degree in PR, Marketing and Media management and BA (Hons) IT, Librarian and Broker Information.
Annamaria has lived in Ireland since 2006 and moved to Drogheda area in 2013, she loves the beaches near by and the beautiful countryside scenery. She is big into meditation and pranic healing, loves reading history books and traveling around the world. 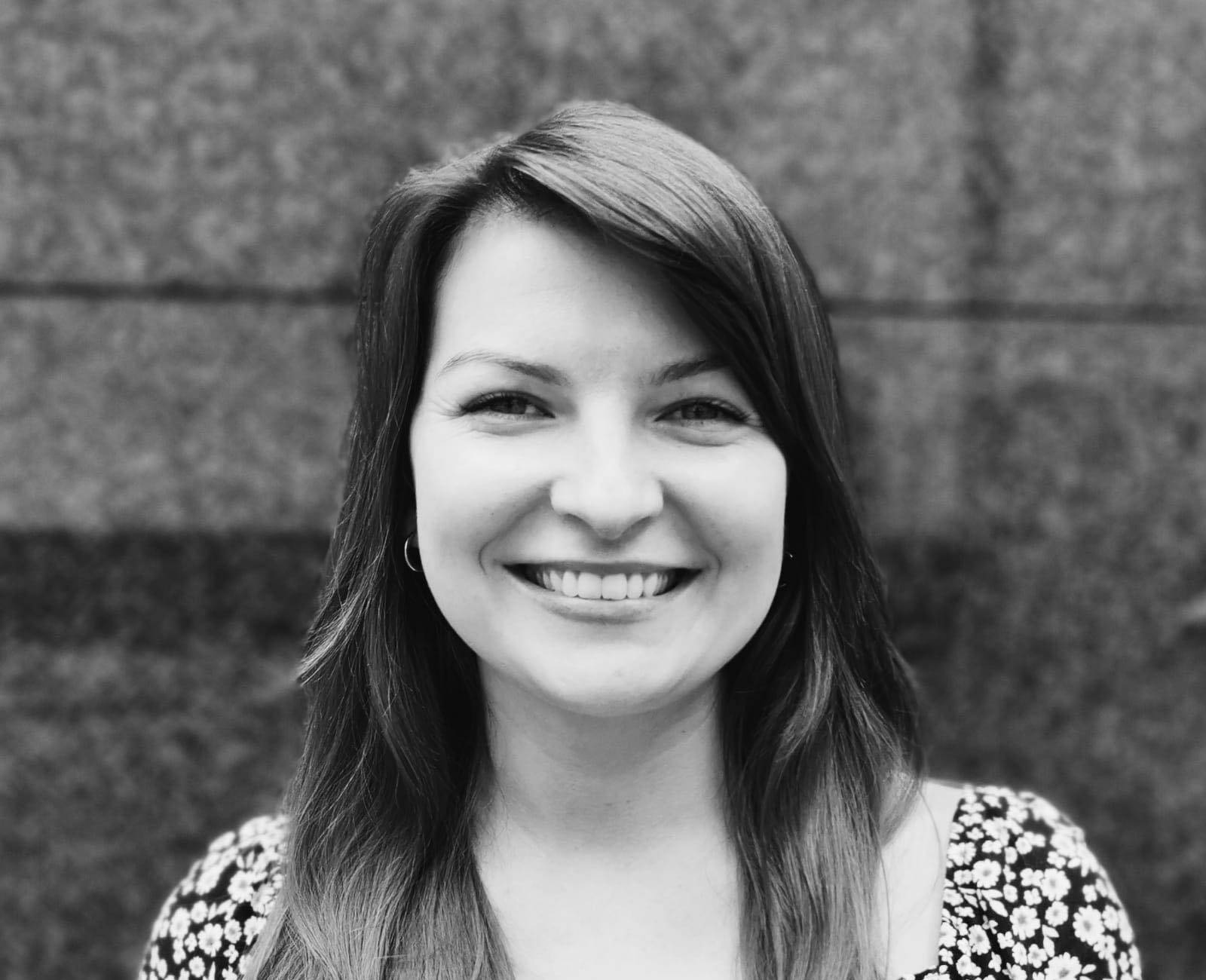 Katie Martin has been involved with Development Perspectives since 2018 contributing to the social media platforms of the #SDGchallenge. She is now Project Coordinator for WorldWise Global Schools and is excited to share her passion for Global Active Citizenship with students and teachers.
Katie is undertaking her BA in International Relations and has a keen interest in sustainability and activism. Having been a member of Comhlamh’s Trade Justice Group since 2017, she is a passionate advocate of creating awareness around our global structures and their effects in our everyday lives. Lover of sea-swimming, running, reading, writing and traveling. 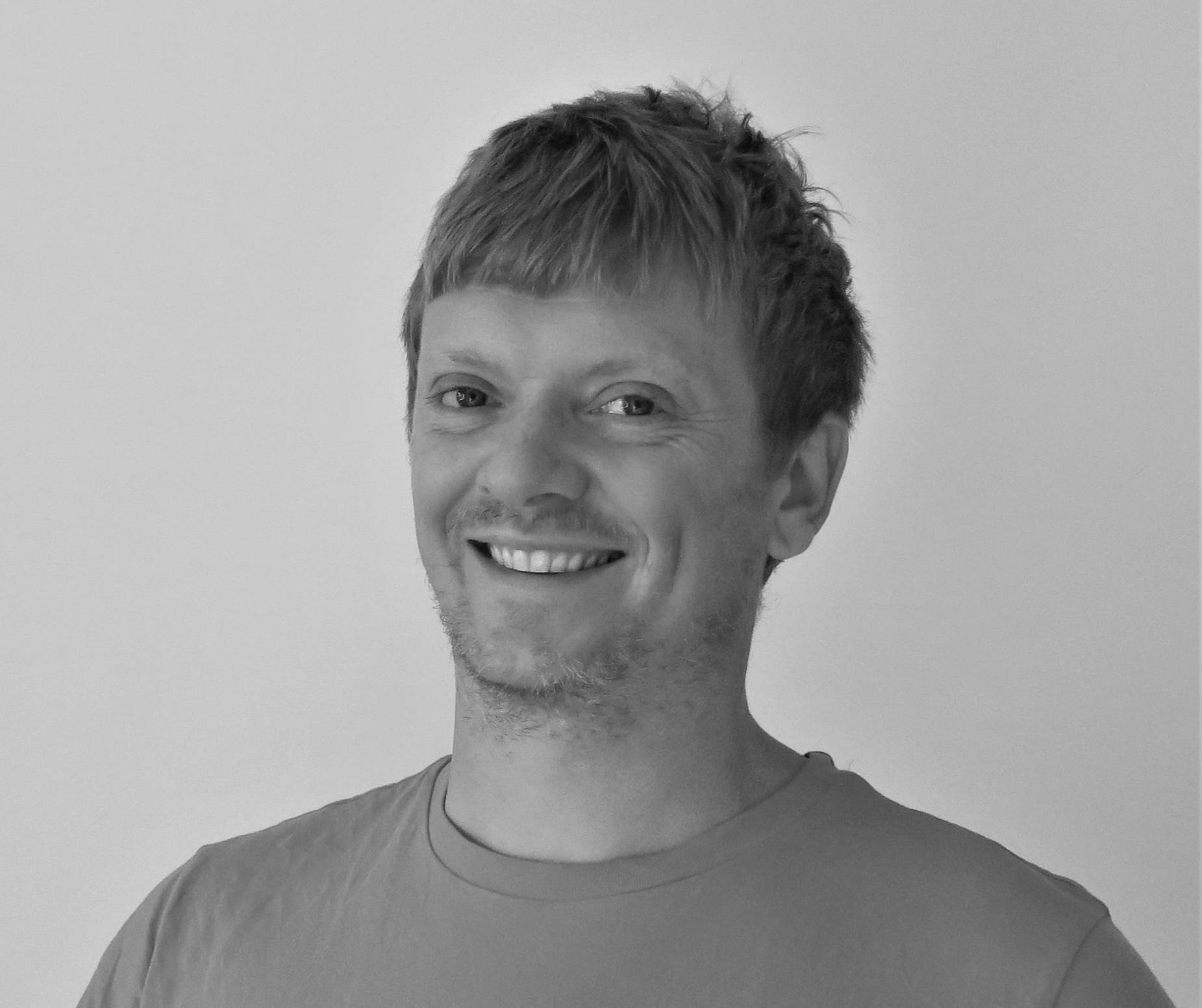 Nick Doran coordinates the #SDGchallenge for Development Perspectives. His background is in Media and Critical Linguistics which he has taught at youth groups and universities. He’s passionate about equality and sustainability, has published numerous pieces on unequal power distribution in society, and is predisposed to spontaneous debate! Nick kayaks, is an adventure fanatic, a board games aficionado, and kimchi lover! 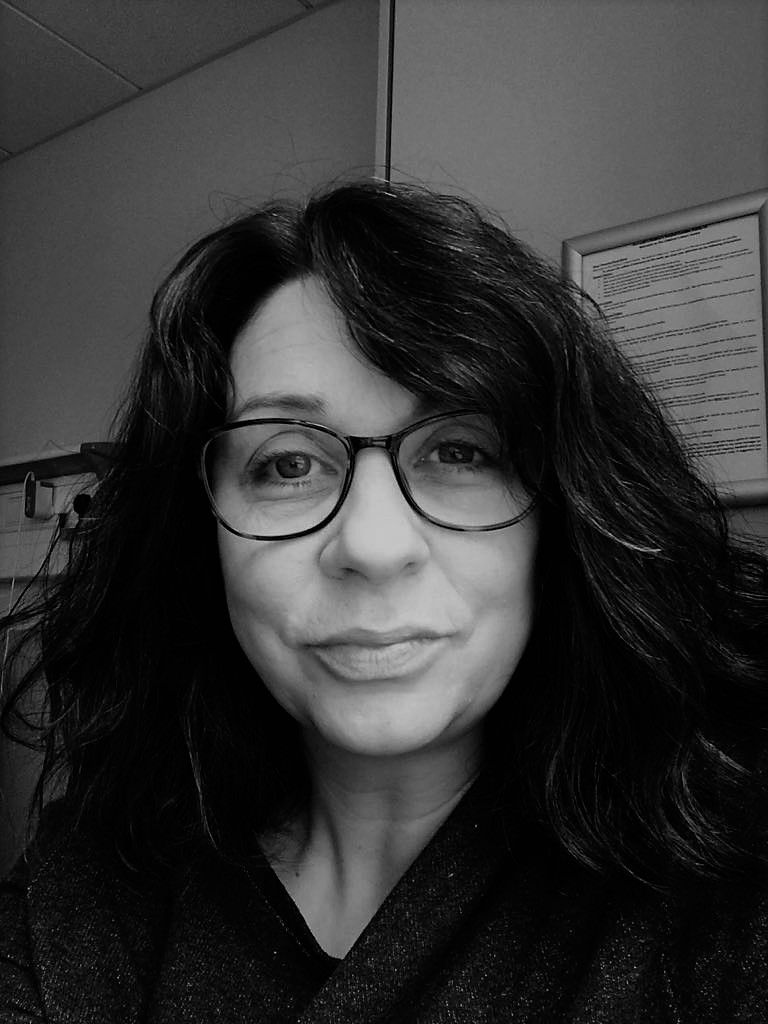 Melíosa Bracken is new to Development Perspectives and joined the team as in August 2019. Previously, Meliosa designed and co-ordinated the DEBATE Project in Dublin & Dun Laoghaire ETB which supported the inclusion of development issues in adult education programmes. She was also a member of the IDEA Community Sector Working Group between 2011 and 2016.

Melíosa is an experienced researcher with a particular focus on monitoring and evaluating education programmes. She has a MSc in Applied Research and is working on her PhD in the Adult and Community Education Department in Maynooth University.

In her spare time, she turns into a bookworm. 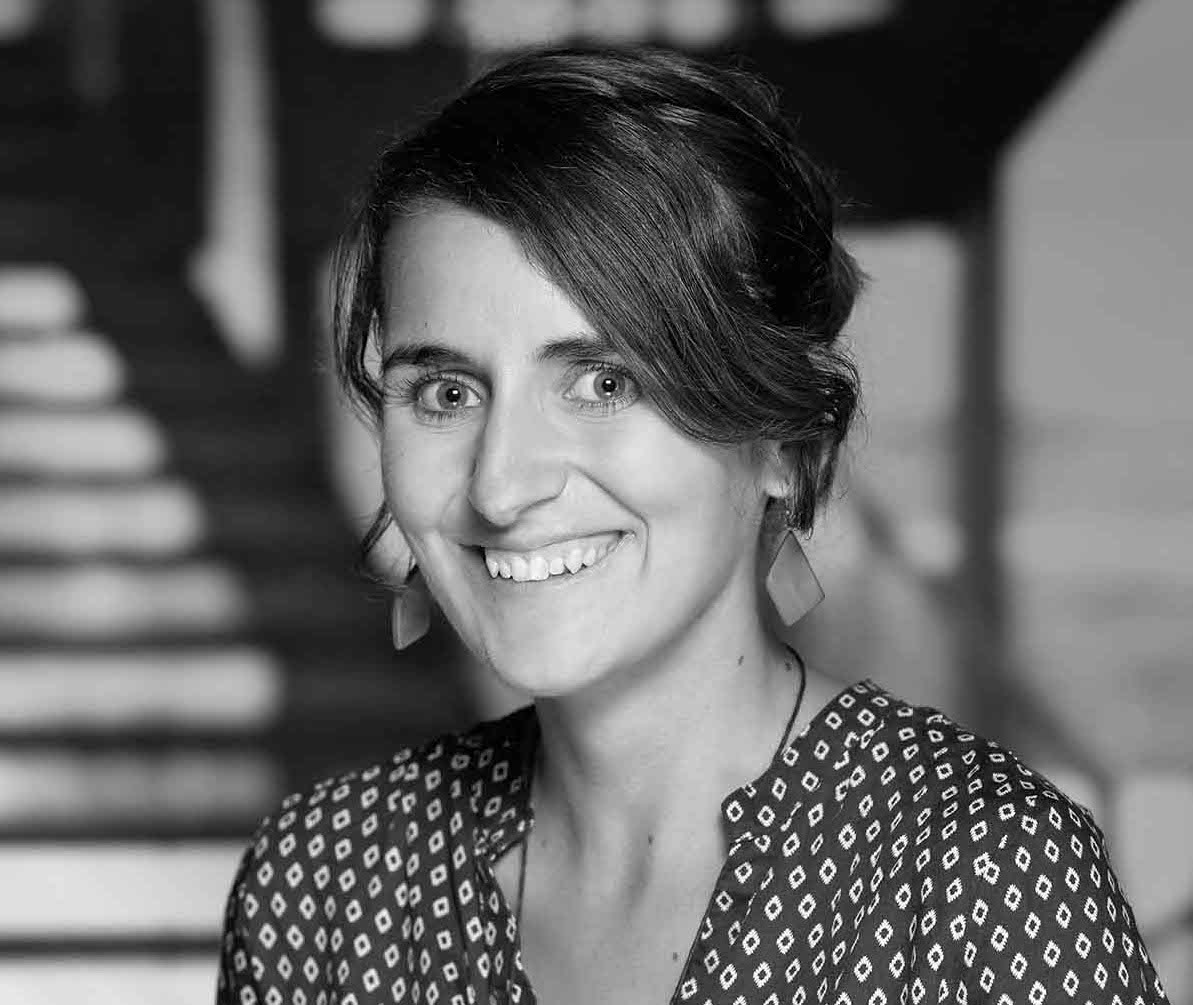 Hanna Oberdorfer has joined Development Perspectives in October 2019 in the position of trainer for 'Saolta’, DP’s new strategic partnership project. Her background is in Education, Diversity, and Conflict Studies, and she has spent the last years providing training in various settings and countries, with people from a variety of backgrounds. Hanna is very passionate about social justice, equity and sustainability, and follows these ideas and values in her professional and personal life. She also loves travelling, languages, music, going for walks along the coast, and has recently discovered the joys of baking her own bread. 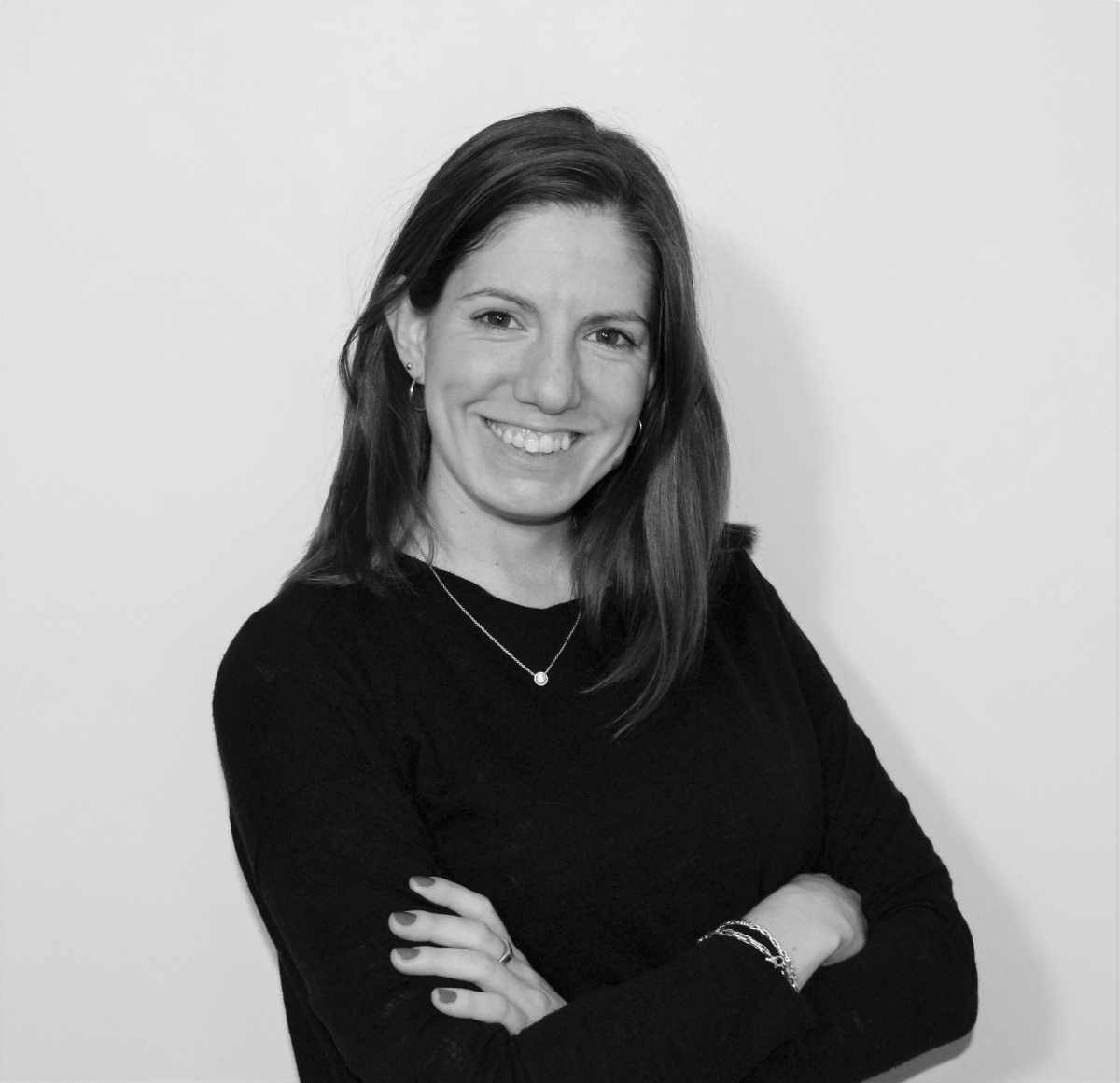 Maria Gonzalez has joined Development Perspectives team this year, working on AMIF funded project STIRE (Supporting the integration of the resettled). Maria holds a BA in Psychology from the University of Buenos Aires (Argentina) and a Msc. in Global Health from Trinity College Dublin (Ireland). Her main professional experience has been working for the social inclusion of vulnerable populations such as persons with disabilities, mental health and refugees. She considers herself as passionate about human rights. In her free time, Maria loves to relax, explore self-awareness and meditation techniques.

Michael Doorly is a secondary school teacher by training who has taught in Papua New Guinea, Trinidad and with the Ojibway people in Canada's North. During the Rwandan genocide, he worked in refugee camps in neighbouring Tanzania. He has been working in Development Education in Ireland for over 20 years. He is the head of Active Citizenship in Concern and is the former chair of Fairtrade Ireland and the Irish Development Education Association (IDEA).

Elaine Cronin has over fourteen years' experience in the not-for-profit arts and culture sector, and currently holds the positions of General Manager of An Táin Arts Centre, Dundalk and Co-Chair of Drogheda Arts Festival. A graduate of the National College of Art and Design (BA, HDip CAEd), University College Dublin (MA) and the Institute of Public Administration (BBS), Elaine is also a part-qualified accountant, currently completing professional accountancy exams through the Association of Chartered Certified Accountants (ACCA).

Maeve McArdle B.Comm, MBS, PH.D
Lecturer in the School of Business and Humanities at Dundalk Institute of Technology and Visiting Professor at Heilbronn University, Germany. An experienced lecturer and fundraiser with previous involvement in community volunteering. Current research interests lie in social marketing, sustainable consumption and the Sustainable Development Goals.

Brian Fitzpatrick is an Adult and Community Education tutor in the Drogheda Institute of Further Education. He holds MSc in Sport and Exercise Psychology from Ulster University and an Honours Degree in Community Sports Leadership from Dundalk Institute of Technology. Brian is a former Student Union President in Dundalk Institute of Technology. Brian has been involved with Development Perspectives since 2013 when he took part in the 'Insight' programme, since then he has also been a leader on the 2014 programme before going on to become a board member.

David Nyaluke is the UCD and PMIA - Proudly Made in Africa Fellow in Business and Development, based at University College Dublin College of Business. Prior to joining Proudly Made in Africa and UCD, David was a teaching fellow of International Development at Kimmage Development Studies Centre and Maynooth University, focusing on the role of business, NGOs and state in development and on Africa and the international system. David holds a PhD from Dublin City University which investigated trajectories of political and development transformation of African states from independence into the 21st Century. In addition to research and teaching, he nurtures interest in extra-curricular activities promoting student engagement in active local and global citizenship- to this end since 2014 David co- coordinates the Mandela Global Development Inter-university Debate competition in Ireland.

Mark Dearey is a Green Party representative on Louth County Council and a former member of Seanad Eireann.He has been an active environmentalist all his adult life and recognises that environmental degradation and social injustice inevitably go hand in hand and are the out working of a profound global market failure. Mark has wide experience on a number of NGO Boards including Friends of the Earth Ireland, of which he was a founding Director. He is in business in Dundalk and is married to Laura. They have 4 children and live in Omeath in Co Louth.

My background is Finance. Degree in Business Studies from Waterford IT.
Lived and worked in Boston for 7 years after college Worked for State Street Corporation in Boston in Mutual funds Moved back to Ireland in 2003 and worked for Int'l Fund Services until 2016. Have been working for Arena Financial Services since as a financial consultant. Currently studying for my post grad in Financial planning by night.

Denis Cummins is an Irish higher education expert who has held positions of lecturer in Computer Science and senior academic management roles including President/CEO at Dundalk Institute of Technology. In January 2016 he was appointed Academic Dean at Hibernia College, Dublin.

Denis was appointed President of DKIT in 2006. He led major developments such as the redevelopment of the Carroll Building, the acquisition of DKIT Sport and the establishment of the DCU DKIT Graduate School.